The CEA has warmly welcomed the recognition given to two of the country’s leading independent exhibitors in the 2013 New Year’s Honours List.

The award of an MBE to both David Williams of WTW Cinemas and Gerald Parkes of Parkway Cinemas recognises the contribution each has made to the UK cinema industry over more than forty years in the business. 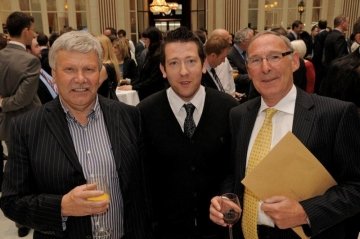 David (pictured left, with son Robert and Digital Funding Partnership CEO Steve Perrin), who joined the family business in 1966 and became its managing director in the 1970s, has helped keep the cinema-going habit alive in East Cornwall with sites in Wadebridge, Truro, St Austell and Newquay. For many years the Chairman of the Devon, Cornwall and West of England branch of the CEA, David has passed his love of cinema onto his sons Mark and Robert, who help manage these sites. 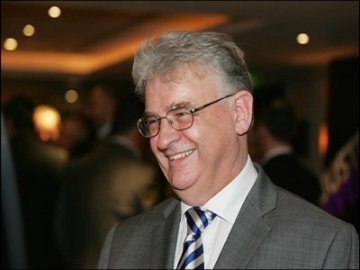 Gerald (pictured right), who started in the industry in the 1960s as a rewind boy at the ABC Wakefield, went on to establish his own company – Parkway Entertainment – at the Regal, Worksop before building his own multiplex in Cleethorpes. Taking over the Playhouse at Louth in 1996 and also jointly managing the Parkway, Barnsley, Gerald recently announced plans to open up a new theatre in Beverley. For the last seven years, Gerald has represented cinemas in the North of England on the CEA Executive Committee.

Both David and Gerald are also members of the Executive Committee of the Digital Funding Partnership, established by the CEA to support smaller operators in the digital transition.

“Both David and Gerald are regarded with huge respect and affection by colleagues throughout the industry. Their commitment to providing the best possible theatrical experience to their local communities shines through in everything they do, and many millions of cinema-goers have undoubtedly benefited from their selfless hard work and dedication.

I can think of no two individuals more deserving of this honour.”