The Cineworld at the O2 and Market Hall Cinema Brynmawr were announced last night as winners of the two hotly-contested exhibitor categories at the 2014 Screen Awards. 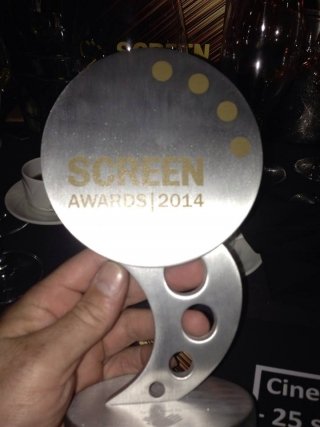 At a high profile awards event attended by over 500 professionals from across exhibition, distribution, marketing, creative and technology, host Edith Bowman announced the winners in these and a range of other groups.

In the cinema site for companies with 25 screens or over, the Cineworld at the O2 emerged triumphant, being commended by the judging panel for its successful operation in a challenging environment.

And in the category for companies with 24 screens or under, the Market Hall Cinema Brynmawr – now in its 102nd year – was recognised for the role it plays in ensuring the survival of cinema-going tradition within its local community.

In both categories, the judges noted how tough choosing just one winner was, and put on record how impressed that had been with all of the shortlisted sites, set out below.

Cinema of the Year – from a company 25 screens or over 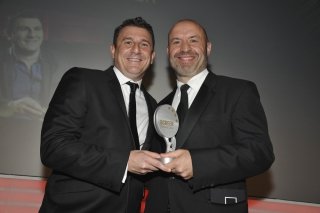 The evening also saw the Exhibitor Achievement Award – sponsored by the Cinema Exhibitors’ Association – go to Andrew Myers (pictured left, receiving his award from CEA Chief Executive Phil Clapp), who will soon move on from his role as CEO of the Everyman Group.

Presenting Andrew with his well-deserved award, Phil Clapp said that during his five years in charge, he had provided visionary leadership and established the company as a torch-bearer for local boutique cinema.

More details on the Awards, and the winners, can be found at the Screen Awards website.