Over a dozen frontline cinema staff from across the UK were rewarded at a special ceremony this week for their efforts in preventing film theft in their cinemas.

The staff members were presented with rewards at a presentation held in Central London, hosted by the Film Content Protection Agency (FCPA). The ceremony was the first by the FCPA since its launch by Film Distributors’ Association (FDA) in October. 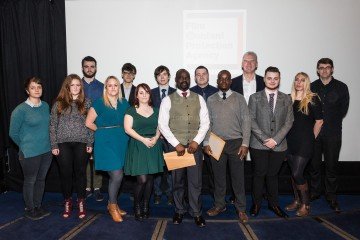 The 14 members of staff, including employees from Cineworld, Odeon, Empire and Light Cinemas, were each presented with a certificate and cash reward. Collectively, they represented 14 incidents, 2 of which led to arrests and 5 to formal police cautions. Their efforts helped to successfully protect films including Finding Dory, Suicide Squad and The BFG.

With 90 per cent of pirated films being sourced directly from cinemas around the world, the FCPA’s programme is vital to the protection of the UK film industry. Key elements of the programme include the provision of anti-piracy awareness training for cinema staff to give them the skills and knowledge to identify and disrupt illegal recording activity, and in doing so become eligible for a reward of up to £500.

More information on the work of the Film Content Protection Agency can be found here.