Members of staff from cinemas across the UK were this week recognised and rewarded for their work in disrupting and preventing film piracy.

In total 26 staff members were presented with rewards at special ceremony hosted by the Film Content Protection Agency (FCPA) at Universal Pictures UK in London. 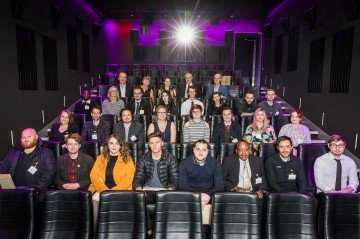 Recipients included employees from Cineworld, Vue, Showcase, Odeon, Empire and Light Cinemas. Collectively the rewards represented 22 incidents, six of which led to arrests and five to formal police cautions. The successful efforts of the cinema staff helped to protect UK releases including Fast & Furious 8, Despicable Me 3, Beauty and the Beast, Transformers: The Last Knight, and War for the Planet of the Apes.

The FCPA was formed last year by Film Distributors’ Association (FDA) as a specialist unit dedicated to safeguarding theatrical releases in the UK. With 90 per cent of pirated films being sourced directly from cinemas around the world, the FCPA programme supports and safeguards the UK film industry and ultimately the choices available to cinema-goers themselves.

A key task of the FCPA programme is to develop the awareness and vigilance of cinema staff UK-wide by providing them with anti-piracy training, current best practice guidelines and other resources.

Commenting on the day’s awards, Simon Brown, Director of the FCPA, said:

“I’m very pleased to welcome the award recipients from throughout the UK. It’s reassuring to see that so many attempts to illegally record films in cinemas are being spotted and disrupted by cinema staff. With a very attractive line-up of forthcoming releases over the Autumn and beyond we ask for continued high levels of vigilance to help deter copyright theft and infringement.”

facebooktwitterlinkedinreddittumblrpinterestvkEmail
Please note: prior to May 2015, the UK Cinema Association was known as The Cinema Exhibitors‘ Association (CEA).